There are many different reasons why people join Mu Beta Psi. Below are just some of the many stories that Brothers have shared. 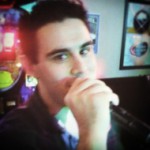 One September day in choir, a Brother got up and announced a Psi-hosted apple picking day. I was on crutches at the time, having been hit by a car in August. One Brother insisted that the worst that could happen is I’d sit in the shop all afternoon and eat cider doughnuts. I had nothing else to do, so I met them outside my dorm to join the carpool. [a Brother] showed up with his Jeep and I got in. He said he was glad I was there but that we had to make a pit stop. He stopped at Kinney Drug Store and I waited in the car. When he and another Brother came out I was shocked to see them shoving a rented wheelchair into the trunk.

They and the other Brothers took turns wheeling me through the orchard and spotting me while I picked apples so I could be part of the group. It was the nicest thing anyone at school had ever done for me and I pretty much decided then that I wanted to be a part of this group of caring people.

I had a lot of family problems while I was growing up and left all of my friends behind to go to a school over 500 miles away. After going to a few rushes I knew that I had found a group of people that considered each other family, and when they asked me to join that family there was no way that I could turn that down. To this day I still feel closer to Psi than I do a majority of my actual family. 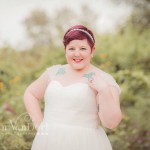 I had moved 400 miles away from my friends and family. The only person I knew at the time was my then boyfriend, now husband.

I had met a lot of the members from being in marching band, but as a color guard member I didn’t interact with them often. I really wanted to connect with them outside of marching band and make friendships to help with the transition from high school to college.

So I rushed and fell in love. Everyone was so kind and took the time to get to know me even though at the time I was painfully shy and afraid of people not liking me.

Over time these people became my family and I still turn to my Brothers in times of need. 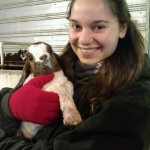 I was looking to branch out and get out of my comfort zone and I was needing a different type of family. The brothers that I knew beforehand are wonderful people and I figured if they were in this, I outta at least check it out. Meeting everyone at rush was amazing and I felt at home right away. I decided to try this crazy thing and the rest is history.

A group of Brothers spoke in choir after doing an ensemble. They looked so happy and I wanted to be a part of that. I tend to keep to my own devices and am socially awkward, but Psi gave me a reason to get out of my room, meet people I have at least music in common with, and to broaden my horizons. I have pledge Brothers that I love dearly that I never would have spoken to without Psi.” – Christine Duval 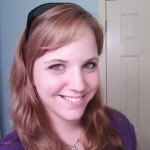 Well, freshman year I fell on the way to choir practice. When I arrived, I asked someone to tell [professor] that I had to go get an ice pack and I’d be back soon. [a Brother] then told me an ice pack wasn’t going to do it (olecranon fracture at my elbow, would later require surgery). She and [another Brother] called SAVAC and waited with me, then [the Brother] spent her whole evening hanging out with me at the emergency room and later called [another Brother] to bring us back to campus in the midst of a pretty heavy Oswego snowstorm.

I was already in love with the idea of a fraternity devoted to music, but I figured any group of people who took care of others like that was a group I wanted to be a part of.

I adored my pledge class…and through the process we really supported each other and pushed each other to succeed.

Music has always been a passion of mine, and after some time of prodding, [a Brother], who I knew through one of the jazz bands, finally talked me into going to a rush. I had never been so unconditionally accepted by a large group of people before, and the shared passion for music and other shared interests drew me in. After having breakfast with them the following day, I was hooked and dove in after I received my bid. There has not been a major life decision since that was not influenced in some way by Brothers, the family I have so happily gotten to choose.